Children Stung by Terror: Stop the Hate by CNN

You are here: Home1 / Press2 / Children stung by terror: Stop the hate 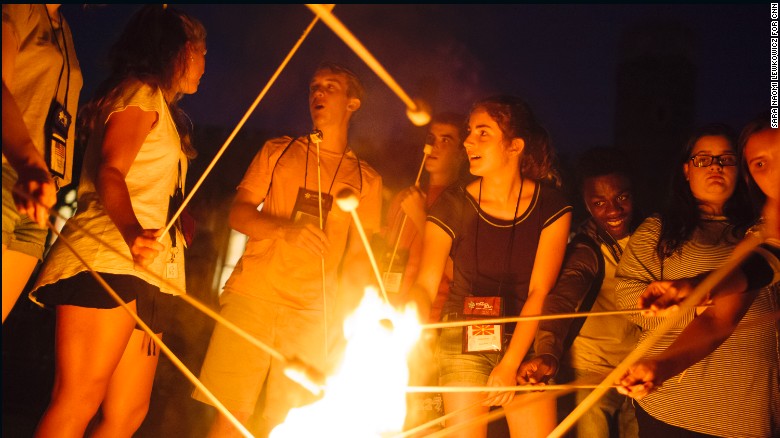 Campers at Project Common Bond roast marshmallows over a fire.

Campers at Project Common Bond roast marshmallows over a fire.

Philadelphia (CNN)They are teenagers and young adults. Yet in their short lives they each have been touched by terror.

There are 55 of them, and they’ve come from all over the world to a college campus in the shadow of the Democratic National Convention.
Terrorism weighs heavily in this presidential campaign. Bombings, mass shootings, a truck rampage. The attacks feel relentless.
But in this place, there is talk of peace, of coming together to soothe and to learn from one another.
They are part of a weeklong camp, Project Common Bond, which every year brings together young people from America and several other countries to talk about their own experiences. It’s a program developed by Tuesday’s Children, a charity formed in the wake of the 9/11 terrorist attacks in the United States to help the more than 3,000 children who lost a parent that day.
The campers hail from differing cultures and harbor unique memories, but they share a desire for peace. They include a girl born three days after her father died in the World Trade Center attack, a Kenyan woman whose mother was killed in the 2013 Westgate Mall bombing in Nairobi and a teenager who lost her sister in the 2011 Norway massacre.
The camp has been held in Philadelphia for several years and this year’s session happens to coincide with the Democratic convention.
Away from the spotlight cast on politicians and party platforms, these young people who grew up in the age of terror spoke with CNN about their desires for a more peaceful world.
Here are excerpts from five campers who shared their views on how terror affected them and the current state of world affairs. 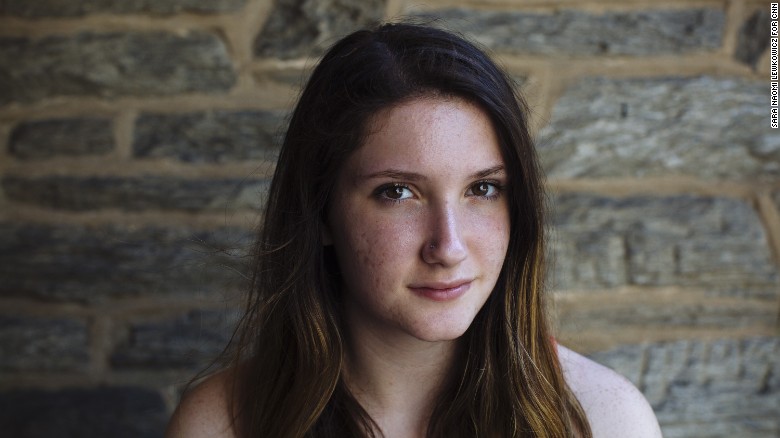 Her father, Jason Kyle Jacobs, worked in the World Trade Center and was killed on September 11, 2001.
I think it’s very easy to consider yourself a pessimist, considering everything that’s going on in the world. It’s hard to see good things happening. For me, my dad died in the Twin Towers. But I was very young at the time. I was just over a year old, so it’s always been kind of the norm for me. So I guess it’s easier for me to look on the bright side.
Because that’s what you do, when this is your entire life.
I don’t like watching the towers fall on the news. I don’t turn on the TV… If we’re going to use the Paris attacks as an example, like my heart goes out to those families that have to see that on the news. …
It’s hard because that’s your life. It’s your life on broadcast, and you didn’t really ask for it. 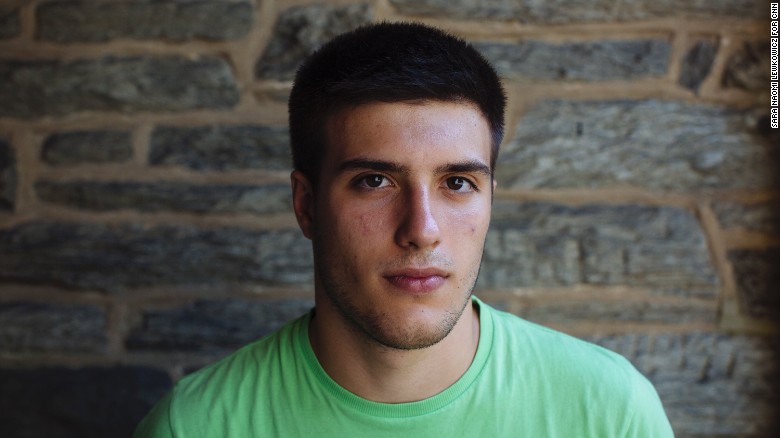 His mother, Nuria Aparicio, was one of 191 people killed in the 2004 commuter train attacks in Madrid.
I didn’t really know what happened because I was so small. I didn’t know what death meant at that time. And I think that changed me.
I have always questioned myself how my life would be if I had my mom. When I go to my friends’ houses, it’s so normal.
I want to live in a world without wars, without terrorism. I guess there is a way to stop it, but I don’t know how. 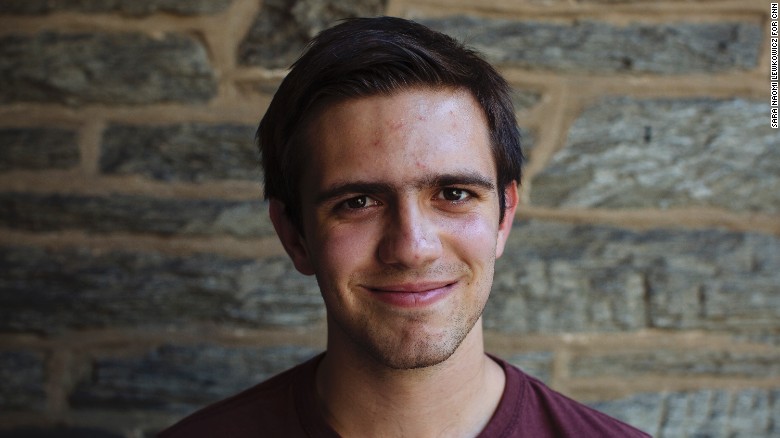 His father, Thomas Fitzpatrick, worked in the World Trade Center.
I think it’s really important that we all stay positive and that we all try to have a good outlook on the world. It’s really hard considering how many awful things are happening in the world right now, but the more positive we stay, I feel, the more we can try to spread peace and stop these things from happening.
What really keeps me motivated to stay positive and keeps me happy is to remember what has happened and what’s going on in my future. I actually wear a bracelet for my dad every day. It helps me remember that something happened, and it always will get better.
Like right now, I’m living with my mom and my sister. She’s 15. We have a really good life, and everything is good. There’s nothing wrong. Just personally, I haven’t experienced anything over the top in terms of terror — besides the start of my life. …
Sorry, I need to collect my thoughts a little bit. Because of the beginning of my life starting out really rough, I feel like as I’ve grown up I’ve gotten used to things being a little tougher.
I try to stay positive to keep everyone around me happy, because I want to be a light that shines and helps everyone else stay bright. I try to live my life in a way that would make (my father) proud. 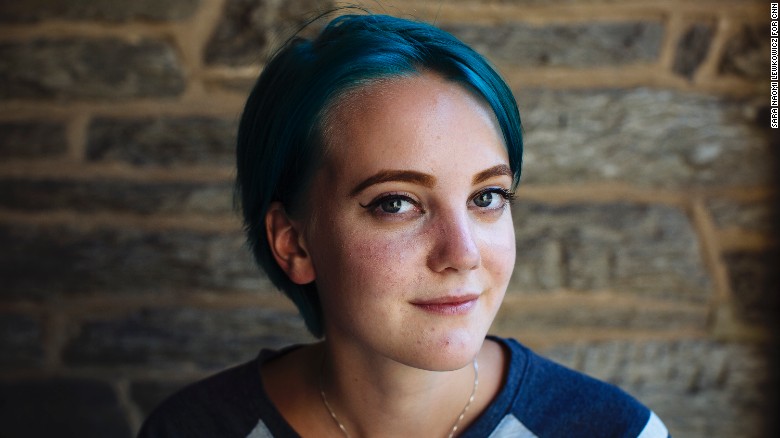 Her sister, Margrethe Boeyum Kloven, was one of 77 people gunned down by Andres Breivik in Utoya, Norway, in 2011.
Don’t fight violence with violence. I know that’s kind of cliché, but I think it’s very important to remember that. Not everything is solved with violence. We live in a violent world, but we should probably try to stand together and try fighting back — but not with violence.
Everybody wants to seek revenge, but take a step back and take a deep breath. Evaluate whether taking revenge will really help. You won’t get better by hurting anybody else, because the pain will still be there. You won’t gain anything from it.
My sister was my best friend. She was three years older than me. We had a lot of fun. Of course, she was my sister so we kind of annoyed each other. But I loved her. Like a lot.
I will never forgive the killer. But I don’t think about him. I don’t, like, give him any thought. But, yeah, I will never forgive him. 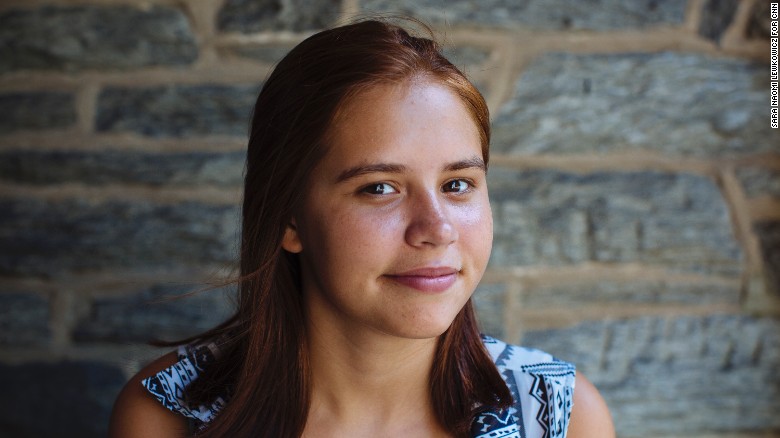 Morgan was born three days after the 9/11 attacks that killed her firefighter father, Anthony Rodriguez.
With the presidential election and all the terrorist attacks, we’re just kind of on different sides. America should stay united as a country, but right now we’re divided trying to figure out who is going to be president when we need to focus on bettering security.
Join the conversation

We go to a memorial every year and go see my grandma. She’ll tell stories about him and the way he lived. My older brother talks about him a lot.
When I was little I used to retell his stories as my own. Like the only one my mom has told me about is one time, my brother and dad were building an igloo in the snow in the front yard in New York. I was like, “Mom, mom, remember that time me and Dad built an igloo in the front yard?”
She was like, “I remember that, but I don’t think it was you.”
https://www.tuesdayschildren.org/wp-content/uploads/logo_20_blue.svg 0 0 Emily Racanelli https://www.tuesdayschildren.org/wp-content/uploads/logo_20_blue.svg Emily Racanelli2016-07-27 20:35:032021-06-29 14:09:08Children stung by terror: Stop the hate

Inside the Summer Camp for Teens Who Have Lost a Family Member to Terrorism: ‘Sometimes It’s Just About Listening’
Parenting Tips for Anxious Kids
Project COMMON BOND: Promoting Dignity and Long-Term Healing In Youth Impacted by Terrorism
Helping Heals in Costa Rica
A Long-Term Service Model for Disaster Recovery and Healing Through Community
Army Survivor Outreach Services
The 9/11 Children: What Can They Teach Us?
Fox National News Features Project COMMON BOND 2015